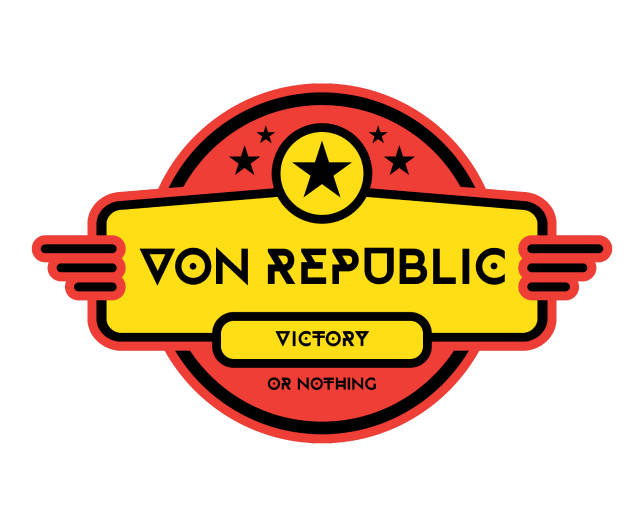 Download
Von Republic Support
Our support hours are : 9am – 5pm Monday to Friday EST
If you have any issues please reach out to us on any of the above channels and we will get back to you as quickly as we can.
Where do I download the app? And how do I sign-up?
Download the app on the Microsoft Store US here. To sign-up you will have to login to the Microsoft account, so we can verify your gamertag. Join our discord channel for help and discussions. Once you’ve signed up on Xbox, you can access the app from any device here.

We're also available on mobile. Visit the Google Store and the Apple Store to download the app.
I am getting the error “finding your gamertag has failed”/'XBOX UNIQUE ID NOT FOUND', what is wrong?
If your settings are set to private, we can’t access your Gamerscore, latest achievements and Gamertag. To change your privacy settings you must go to your Microsoft account online here: https://account.microsoft.com/privacy/
Scroll down and click on Xbox Privacy and online safety. From here you need to make this setting available to everyone ‘See your game and app history (Xbox 360: Game History) Decide who can see your game and app history.’ Once you’ve done that, you shouldn’t come across this error again.
If you are still having trouble reach out to our support team.
What is the conversion ratio of Gamerscore and TrueAchievement Score to coins?
We have teamed with True Achievements as they are the leading and most trusted company in ranking and rating achievements in the world. We needed to ensure that the achievement score earned by gamers that we were converting into Von Coins was a true and fair reflection of the time, effort and rarity of these achievements. TA allow us to offer a balanced and fair system.

The first time you download the app, there is an instant conversion of 100-1
Gamerscore to Von Coins to a maximum of 300 Von Coins. This is the only time we convert Gamerscore to Von Coins. After this you earn Von Coins at a rate of 10-1
TrueAchievement Score to Von Coin. This is capped at a maximum 250 coins per month. There is also a 14 day delay on your TA score to Von Coin conversion. All points earned above your 250 coins monthly cap are converted to premium points.
What is a Von Coin?
Von Coin is a unit of value that we attach to Xbox One achievements. You ‘earn’ Von Coins by getting achievements that we verify with TrueAchievements. You can then spend these Von Coins on auctions on our app (app.vonrepublic.club) once you sign up on Xbox One.
Do I lose my Gamerscore when we convert it to Von Coins?
No. We only use your Gamerscore and afterwards your True Achievement Score to assign you coins. The actual scores themselves will always stay unchanged.
What is a Von Magnate and what are premium points?
Premium points are earned at a rate of 1-1 TA score to Premium point after you have exceeded your 2500-250 TA Score to Von Coin monthly cap. If you reach 25,000 premium points within the previous six month period, from the 1st of the following month you will reach Von Magnate status. Von Magnates can bid in exclusive auctions hosted only for them, as well as enjoy a number of other perks such as bonus coin games and free entry into Von Sports tournaments.
How does the auction system work?
Any user can bid in a regular auction. The minimum bid is 1 coin. There are two stages to an auction.
Normal Bid Stage: This is the first phase of an auction where anyone can bid to a maximum of 50 coins above the last bid. Typically, in an hour long auction, this period lasts for 50 minutes.
One Coin Bid Stage: Only users that have bid in the Normal Bid Stage can bid in the One Coin Biding Stage. Users can no longer choose the bid here. Each bid is accepted and registers a bid one coin higher than the current leader. Usually this is the last 10 minutes of an hour long auction. There is a 30 second shot clock that operates here.
The 30 Second Shot Clock: Immediately commencing from when the One Coin Bid Stage starts, there is 30 seconds to make a bid above the current leader. If there is no bid made within that 30 seconds, the current leader wins the auction. Each time there is a bid within those 30 seconds from any user, the clock gets reset to 30 seconds. This will continue until the clock runs down to 0, or until the auction ends at the chosen time. Once the auction ends, the last highest bidder wins the auction. Only the winner loses his coins.
Types of Auctions
Normal Auction: As outlined above, this auction has two phases, the normal phase and the One Coin phase, and the auction ends when either the shot clock runs to 0 or the auction reaches its end time. The winner is the highest bidder.
Mystery Auction: Similar to the Normal Auction but the product images are zoomed in and users must deduce what is being auctioned off. Join our Discord to get help from other Von Citizens.
One Coin Auction: This Auction has only one phase, the ‘ONE COIN BID’. The shot clock starts after the second bid is place and the auction runs to its end time or when the shot clock hits 0.
Blind Bid Auction: This Auction has only one phase, the ‘BLIND BID’. All citizens may place a ‘BLIND BID’ and change that bid as often as they want. A ‘BLIND BID’ shows only as X in the auction history so no one knows what’s been bid. The highest bidder takes the loot.
Race to X Auction: This Auction has only one phase, the ‘RACE TO X’. This auction ends when X is reached and has no time limit. It is only possible to bid in one coin increments in this auction. X may vary.
New Citizen Auction: If you see this tag, it means that the auction is for new citizens. This means that only citizens who have signed up to the Von Republic app in the last 90 days can bid in it.
Do you lose your coins when you bid in an auction?
No. Only the winner gets deducted coins at the end of an auction. All other bidders/participants have their coins returned once the auction is over. However once you bid in an auction, the latest bid you’ve made will be held in reserve until the auction is closed.
What countries are the Von Republic available in?
Our app is available in the US, Canada, UK and Ireland.
Are you sharing our private data with other companies?
The only personal data we collect is for shipping and promotional purposes only. We’ve created a system that values your privacy. This is one of our USPs. The data we track is app usage, engagement with promotions, click throughs, Xbox achievements etc.

Our goal is to create a new advertising modal based around transparency, where you the user get the rewards for being advertised to. We are based in the EU and GDPR compliant.
How will you stop the cheaters?
To start, only gamers with a 7000+ Gamerscore can create an account with us. Each account must also have a unique phone number attached to it and there can only be 3 accounts per household. We reserve to the right to suspend or freeze an account if they’re in breach of these rules or have been proven to have displayed false data.
How can we help make the app better?
Let us know more about you, what games you like, what products you are interested in seeing. Go to the polls on our website and make your votes or fill out the brief questionnaire. This will help us tailor the app more specifically towards you and is for our own information only. Inform us about any bugs in the system. Join our discord channel and leave your thoughts. Email [email protected] and explain the bug you have come across. Your help here will be greatly appreciated.
What does the VON in Von Republic stand for?
Victory or Nothing!
Jump to our FAQ section,
we will help you to figure out things
FAQ
FAQ Section
Von Republic
Terms and Conditions

© All rights reserved
Made on